Is the suspense killing you? When I was a kid and I did well in a race, I would come home and play all bummed out as though I had lost when I’d won to build suspense but my mother always saw through the act…probably an early indication I shouldn’t have tried acting hahahahahaha Anyway the title of the James Beaudreau produced Philip Lynch album is, ” At The Start At Long Last”. Strange title you might say but it’s not without it’s significance. When I moved to my neighborhood in uppermost Manhattan 15 years ago (sheesh that’s a long time) etched into the tiles of my subway station walls were those words, “At The Start…At Long Last..” (they have since been filled in with mosaic mirrored tiles). I had just moved from Weehawken, New Jersey after a girlfriend headed out to West Hollywood, CA and this was to be a new chapter. Strange and stark how our lives can change in a moment. James and I have been working on this album off and on for about 8 years. First album, “At The Start…” completed, “At Long Last…” I dig the ellipses because they speak of more to come. Whether or not we use them, a forward slash /, or nothing is still a little bit of a grey area (if you have a strong opinion either way, let me know, state your case heh). So there you have it dear reader, At The Start At Long Last

I hope you all have an excellent weekend! Catch you next time! -p 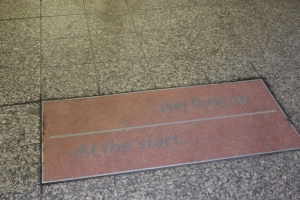 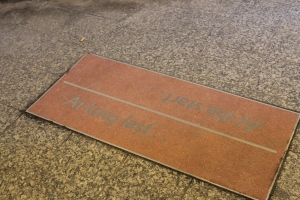 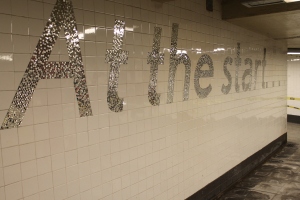 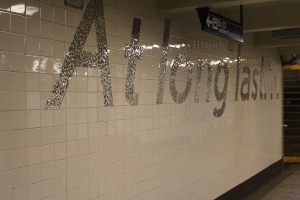 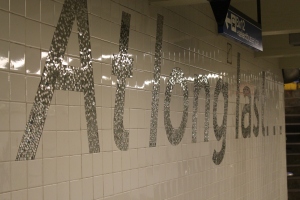 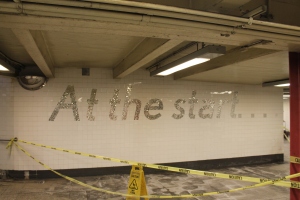