As I begin work on the design of the Philip Lynch album produced by James Beaudreau, I have been searching the internet like mad for ways to come up with an appealing visual representation of the music we’ve made. In so doing I came across an artist whom I’ve never heard of before, Barney Bubbles (Colin Fulcher). Now some rock fans may know the name Roger Dean, he did the covers for Yes, colorful fantasy landscapes:

Some jazz fans may know the designer Reid Miles who designed over 500 LP covers for Blue Note in the 1950’s and 60’s: 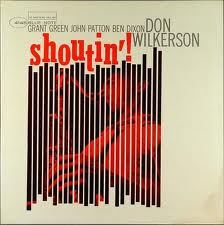 Before Reid Miles, Paul Bacon designed 10″ LP’s for Blue Note then went on to become the lead Designer for Riverside Records. In the 50’s Paul Bacon designed book covers and became famous for the “Big Book Look”. The Catch-22 jacket is a recognizable representation. Large print of title and author with a small image:

But back to Barney, he was a graphic designer and music video director who worked in the British Independent music scene in the 70’s and 80’s. He worked with various design companies once out of college but for our purposes I’m concentrating on his album sleeve design. He knew the members of Hawkwind and did graphic work for them. He was a designer and art director for Stiff Records in 1977. He made sleeves for The Damned, Elvis Costello, Ian Dury and The Blockheads. He freelanced for the likes of Generation X, Billy Bragg, Big Star, and The Psychedelic Furs. He worked for Radar Records and F Beat Records. Unfortunately he suffered from bipolar disorder and due to personal and financial woes killed himself at 41. Below are examples of his work: 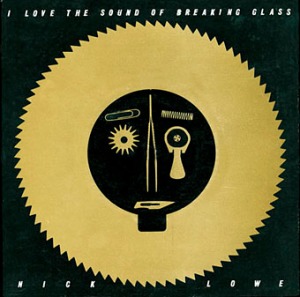 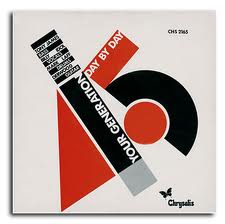 A couple of his videos:

For more info pick up ‘Reasons to Be Cheerful: The Life & Work of Barney Bubbles’ by Paul Gorman
Thanks again for reading! Have a great weekend!! -p